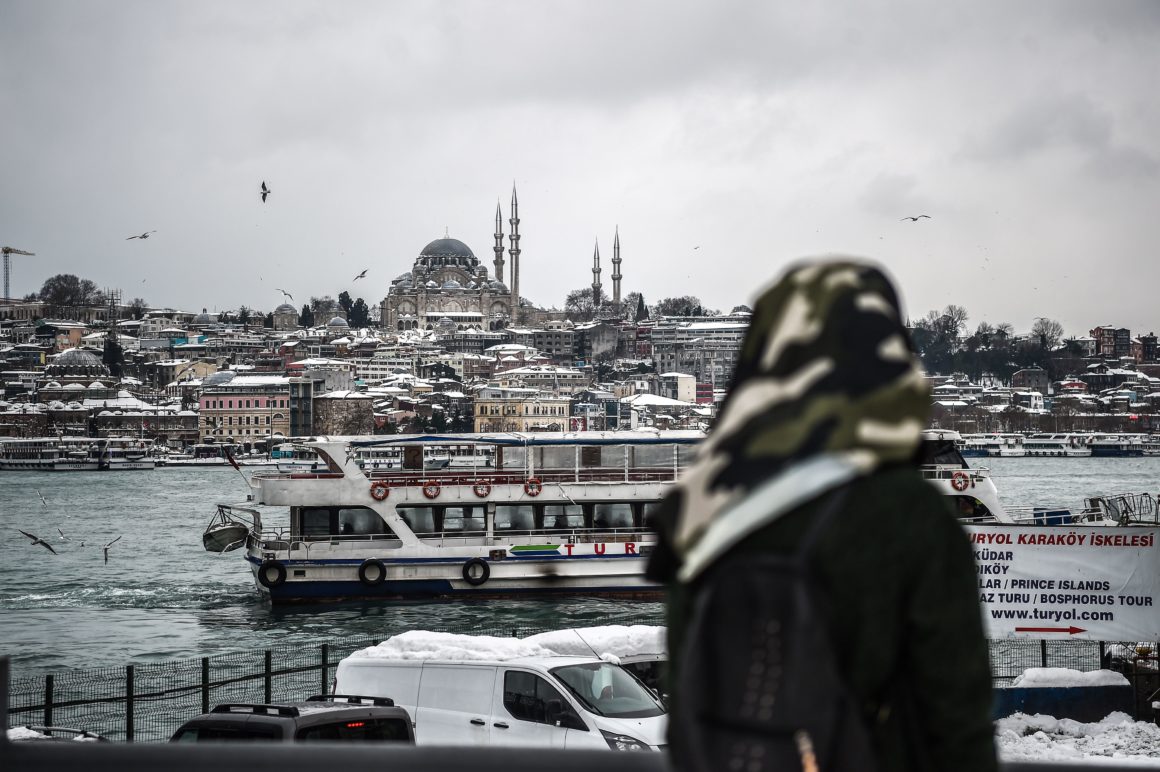 Photo: The new canal would run parallel to the Bosphorus River | Ozan Kose/AFP via Getty Images

On the shores of Lake Küçükçekmece, behind Istanbul’s main airport, lies an archeological treasure trove: Bathonea, the remains of a long-lost Byzantine port town.

Excavations in the area are helping to fill in the gaps of Istanbul’s early history, a period from which few structures survive. Yet if Recep Tayyip Erdoğan gets his way, much of Bathonea may soon be underwater.

Last month, Turkey’s president announced that the government was pushing forward with what he calls his “crazy project” — the construction of a canal running parallel to the Bosphorus, the strait that separates Europe and Asia.

Opponents and scientists say that the plans — which would turn Istanbul’s European side into an island — risk environmental disaster, threaten historical sites and put further pressure on Turkey’s surging budget deficit.

Erdoğan first mentioned a canal in 2011, and no significant progress has been made since. But during a visit to Serbia last month, the president declared that work would begin within a few months.

“Opening a new canal parallel to the Bosphorus, what we call Kanal Istanbul, is my dream,” Erdoğan said on October 10 during a business conference in Belgrade. “God willing, we will lay the foundation at the end of this year or at the start of 2018… there is a Suez, a Panama canal, and there will be a Kanal Istanbul.”

The canal is part of a series of enormous construction projects — including a third airport for Istanbul and several bridges — set to be completed by 2023, the centenary of the founding of the Turkish republic. The government estimates the canal project would cost $10 billion, a figure critics say is far too low.

The 43km-long canal would run from the Black Sea through Lake Küçükçekmece into the Sea of Marmara, passing through forests, fields and freshwater sources along the way. Few other details are available, as the project is absent from official infrastructure plans, but the mere suggestion of an additional waterway in Istanbul has alarmed environmentalists.

“They themselves call it the ‘crazy project,’ but we call it the nightmare project,” said Onur Akgül, a member of Northern Forest Defense, an Istanbul-based group dedicated to protecting the environment.

Scientists warn that the canal would disturb the delicate balance between the Black Sea, to the north of Istanbul, and the Marmara Sea, to the city’s south. The canal would likely result in an increase of hydrogen sulphide in the Marmara, they say, causing Istanbul to smell like rotten eggs.

The construction would also likely damage invaluable archeological sites such as Bathonea, which has offered a rare insight into Byzantine medicine and yielded artefacts dating back millennia. North of Lake Küçükçekmece, and also along the planned canal route, lies an older, more precious site: the Yarimburgaz Cave, one of Europe’s oldest known settlements.

And the ecological knock-on effects are thought to be vast, threatening the migration routes and even the survival of some fish species. The canal would also likely pollute freshwater sources in western Istanbul, and destroy some entirely.

“Around 13 districts take water from this lake,” said Nuray Çolak, an urban planner and activist with the Northern Forest Defense, pointing out the Sazlidere reservoir on a map in the group’s tiny Istanbul office.

The Sazlidere basin, a few miles north of Lake Küçükçekmece, will be swallowed by the canal — even though the city can hardly afford to lose water sources. In past summers, droughts brought Istanbul close to water shortage several times.

“This is the last thing we need for Istanbul and Turkey,” Çolak said. “I can’t understand how they can consider a project like this. It’s not logical or feasible.”

But the government argues that the Bosphorus cannot cope with the rise in shipping traffic. It is one of the busiest waterways in the world, with around 53,000 vessels passing through every year; tankers carrying dangerous materials pass by Istanbul’s centuries-old heritage sites every day.

In recent years, accidents have been rare, but an oil spill in 2003 and a tanker crashing into a waterfront mansion in 2015 underscored that a major incident in the strait could have devastating consequences.

“With the Kanal Istanbul project, ship traffic threatening the life and cultural assets along the Bosphorus will be minimised,” said Ahmet Arslan, the Minister of Transport, Maritime Affairs and Communications, in September.

Arslan added that his ministry had carried out drilling to probe the soil along the planned route, and that TOKI — the government housing development agency — had undertaken environmental assessments.

Speaking to reporters in April, Arslan dismissed environmental concerns, adding that green spaces would be created as part of the project. Neither Arslan nor his ministry, the environment ministry or other government officials contacted for this article responded to requests for an interview.

The government and its supporters argue that the canal project will be worth it, boosting Turkey’s economy and its position as a major transit hub. Real estate prices on the planned route have surged in anticipation.

Yet some economists have raised doubt about its viability, pointing at the poor performance of other mega-projects. These projects are built with a mix of public and private money, and the government guarantees the partner company a minimum revenue.

One example is the Osmangazi Bridge, spanning the Gulf of Izmit east of Istanbul, which opened last summer. Drivers have avoided the bridge due to its expensive toll, preferring to circle around the bay or use the cheaper ferries.

In lieu of revenue, the government — and therefore the Turkish taxpayer — have to pay the company that helped build the bridge. Mustafa Sönmez, a Turkish economist, has estimated that the government could incur a loss of 1.6 billion lira (€352 million) from the Osmangazi project by the end of this year.

Other construction projects are also making losses, adding to Turkey’s surging budget deficit and putting further strain on its increasingly fragile economy, shaken by inflation and a plummeting lira.

With the canal, Turkey plans to raise revenue by demanding a fee for transit. Yet it’s uncertain whether shipping companies would be willing to pay for a route they can use free of charge: The 1936 Montreux Convention requires that Turkey guarantee free passage to all civilian ships traversing the Bosphorus in peacetime.

Alongside many conservationists and scientists, Turkey’s Chamber of Urban Planners is also firmly opposed to the project. Akif Burak Atlar, chairman of the chamber’s Istanbul branch, said they planned to launch a legal challenge once plans are made public.

It’s likely to be a Sisyphean challenge. The chamber regularly sues the government over construction projects; they are currently involved in some 150 court cases. Sometimes the court finds in their favor, but that rarely stops the project.

“We win the case and the plan is cancelled, but then the municipality approves a new one, which is exactly the same,” Atlar said. Construction is often permitted to begin while lawsuits are ongoing.

From a planning perspective, Atlar said, the canal project made no sense. It would add to the city’s growing suburban sprawl by inviting further construction and environmental damage, making Istanbul ever more unsustainable.

Numerous urban planners working in government institutions know this only too well, he added, but they were afraid that any criticism could cost them their jobs. Since last year’s failed coup, some 150,000 people have been fired in a purge targeting government opponents.

“Are there urban planners in the government? Yes. But they don’t have the will to tell them about these technical details, because they might lose their jobs. They have mortgages. Nobody’s taking that risk,” Atlar said. “And the media are afraid to write about it.”

The issue with the canal and other such projects, he added, was that rational planning advice going against the government’s interests was now perceived as an act of opposition. 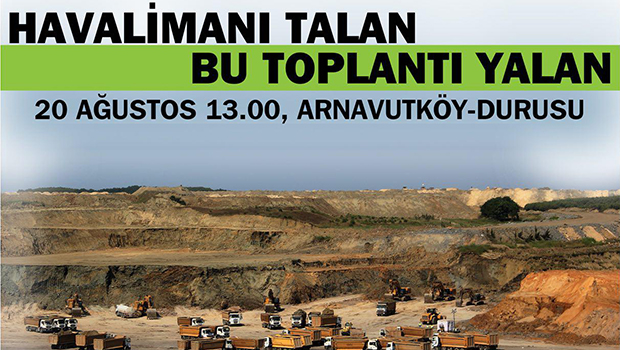 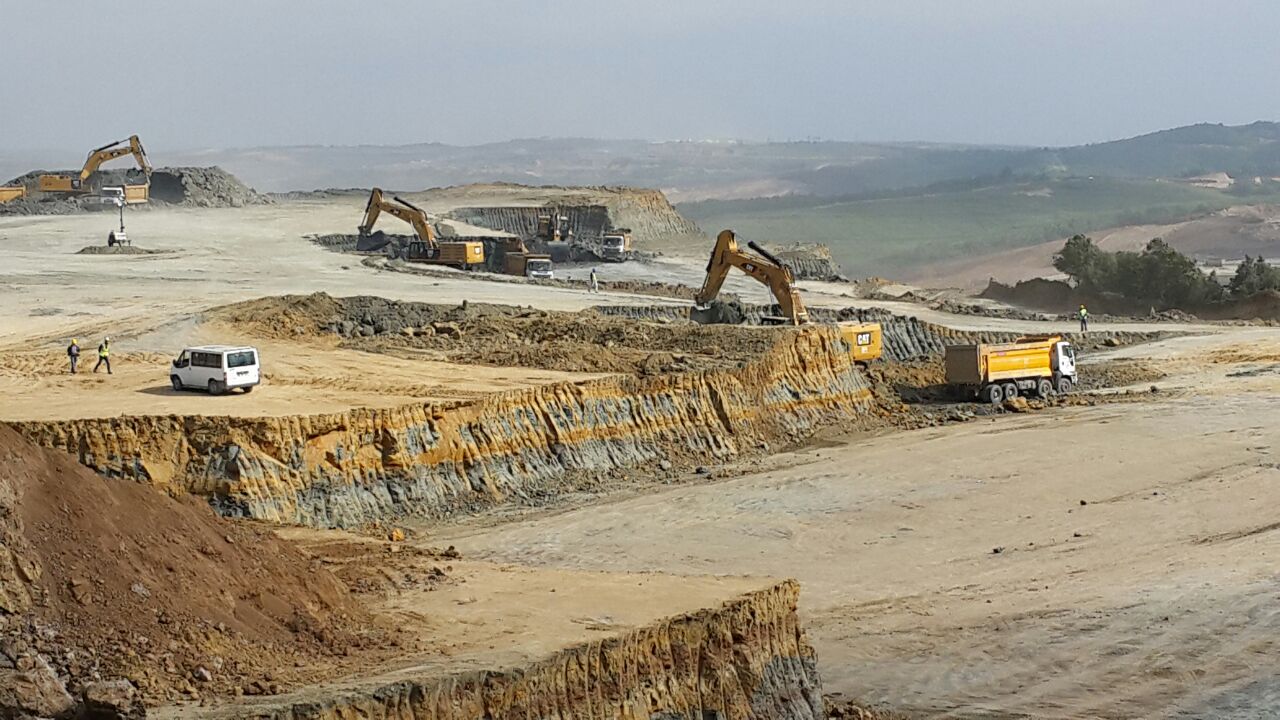